An exclusive online event for CIOs in the ASEAN region.

Economies worldwide are becoming more interlinked as digital innovation accelerates and companies start to collaborate to drive inclusive growth. In this digital economy, no company can thrive alone. The latest research at MIT CISR found companies that digitally partner effectively grow faster than their peers and identified three effective partnering strategies: increasing your reach (new customers), your range (new products), or both.

Dr. Peter Weill will share insights and top-line impacts of effective partnering using examples that illustrate what it takes to grow by partnering and how to build enduring digital partnering strength. We will also discuss the question of: are you ready to grow via digital partnering?

Discussion points and questions to debate, learn and benchmark:

Peter is a Senior Research Scientist and Chair of the Center for Information Systems Research (CISR) at the MIT Sloan School of Management. His work centres on the role, value, and governance of digitization in enterprises. Weill joined the MIT Sloan faculty in 2000 to become director of MIT Sloan’s Center for Information Systems Research (CISR). As chair, Weill focuses on globalizing the centre’s research and delivery. In 2008, Ziff Davis recognized Weill as #24 of The Top 100 Most Influential People in IT, the highest-ranked academic.

His award-winning books, journal articles, and case studies have appeared in the Harvard Business Review, the Sloan Management Review, and The Wall Street Journal. Weill works regularly on IT issues with corporations and governments and has conducted workshops at Microsoft; at the Bill Gates CEO Summit; at the SAP CEO Summit; and for the boards of directors of Banco do Brasil, CBA, Unibanco, and Woolworths. 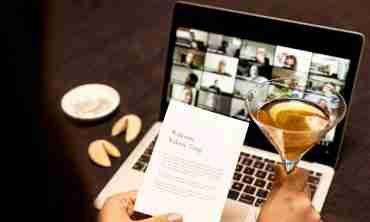 Converged security in APAC: Strategies to strengthen your security posture HR, IT and DX leaders in New York are invited to join this roundtable dinner on ‘Overcoming challeng...
Register
Upcoming