HR and Finance leaders in Singapore are invited to join this roundtable discussion on ‘Key global trends impacting payroll and HR that transform modern day workplace’.

Participants can expect a stimulating program in a closed, confidential environment. Attendance is by invitation only and complimentary. Registration is limited to a certain number of guests per event.

Global expansion is a key attribute of successful organisations. With a widespread workforce contributing towards growth from various geographies, firms can achieve success in a short span of time. However, handling payroll for a global workforce could present unforeseen challenges.

With employee populations fragmented across countries, payroll becomes complicated due to various compliance requirements and the lack of an integrated tech ecosystem. Leaders may often find themselves distracted from their core business, paying more attention to paperwork instead of their organisation’s primary goals and objectives. 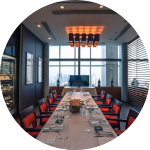 The Ortus Club hosts knowledge-sharing discussions in the best private dining rooms in the world. These venues provide an elegant high-end atmosphere and impeccable table service.

For insight on this event, photos and guest interactions, see our post on LinkedIn.

6:30 PM: Arrival of guests
7:00 PM: Welcome by The Ortus Club
7:05 PM: Short address from Neeyamo
7:10 PM: Discussion instigated by the moderator and continued by the group
7:45 PM: Starters served
8:00 PM: Discussion brought to a close and guests are encouraged to continue over mains
9:30 PM: Guests normally start leaving 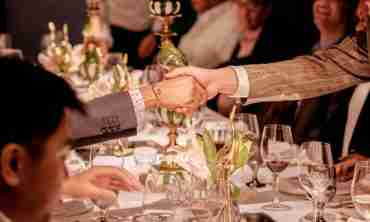