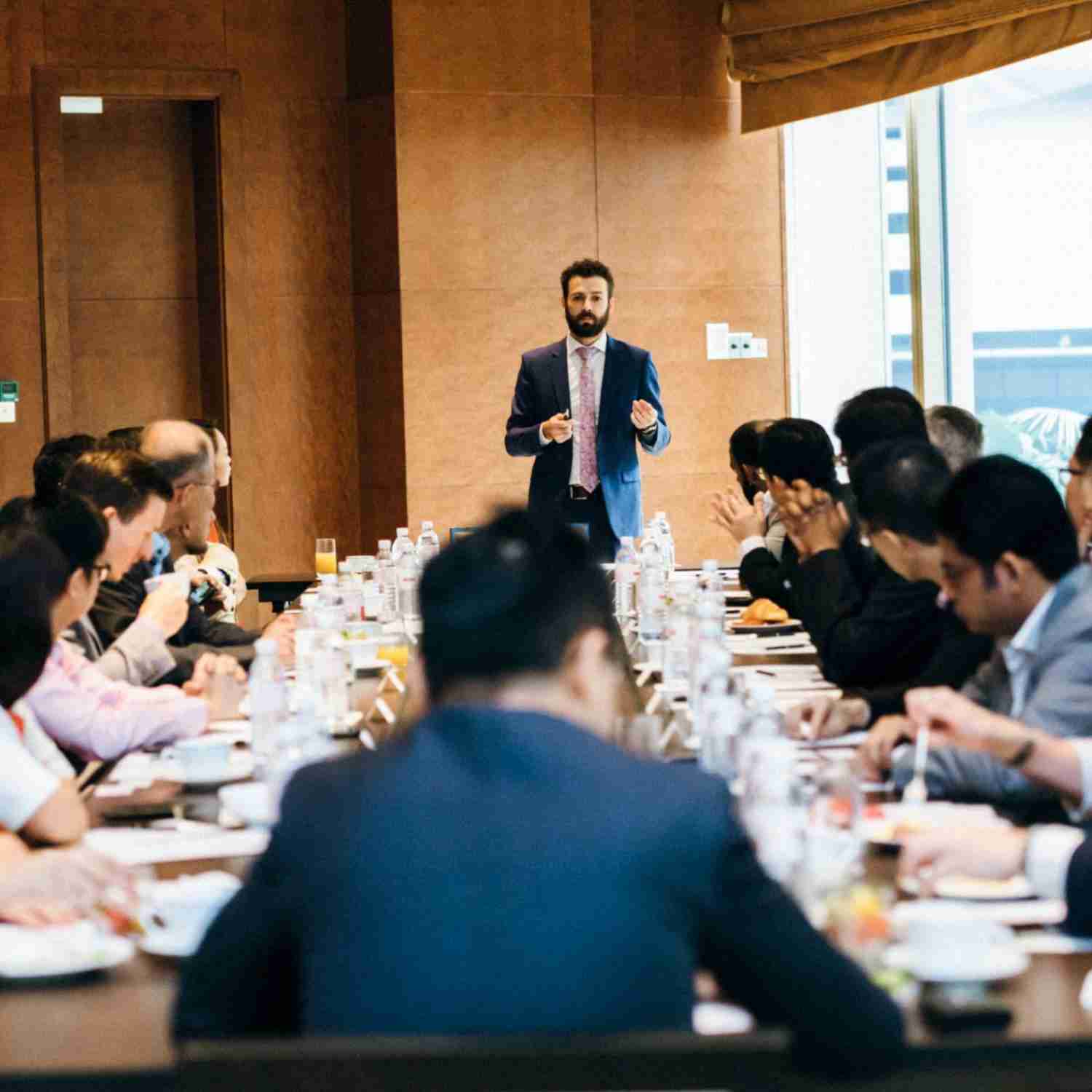 When it comes to industry competition, withholding information has always been considered a powerful impetus for competitive advantage. Companies are solving their own problems and are discussing key issues internally whilst keeping a close eye on the other players in their field.

It’s always been “Us vs. Them” and “Our secret vs. Their secret.” But in reality, decision-makers in similar industries all over the globe are struggling with the same business issues, and struggling alone.

As time moves forward, organisations are slowly refining their practices in response to rapid digitalisation. Digital data and the internet has made information available to everyone. As a consequence, the industry practice of withholding information has progressively evolved and new collaborative practices have gained credence. Competitive behaviour is no longer a battle of company secrets, but a friendly competition where knowledge-sharing is seen as a key impetus to expand networks, foster potential partnerships, and gain competitive advantage.

The Art of Knowledge-Sharing in Gaining Competitive Advantage

Real competitive advantage is all about staying on top of the game. This includes knowing the ins and outs of the industry from whichever viewpoint you may be in. The more you know, the greater your leverage when it comes to strategising for your company’s development.

As a result, the concept of industry knowledge-sharing has taken over and is considered to be the 21st century antithesis of withholding information when trying to gain competitive advantage. This practice is taking the form of panel discussions, peer groups and roundtables. These aim at providing business leaders with a comfortable space to meet and converse with people outside of their organisation on relevant business topics.

Through external knowledge-sharing sessions, business leaders are realising that the valuable insights gained can be taken and applied to their own daily operations. In turn, this helps them to resolve occurring challenges, while achieving or sustaining that much desired competitive advantage.

“…business leaders are realising that the valuable insights gained can be taken and applied to their own daily operations, helping them to resolve occurring challenges, while achieving or sustaining that much desired competitive advantage.”

The old adage “Keep your enemies closer” has remained true until today, but its meaning has slowly metamorphosed.

Companies no longer see other players in the same industry as prey. Rather, they see them as potential partners with whom they can build relationships and learn from. The idea of burning bridges with your competitor is no longer a popular practice as leaders concern themselves more with brand sustainability and long-term success.

Consider this – people are now outlasting the lifespan of companies. According to a recent study by McKinsey, large companies today have an average lifespan of less than 18 years, down from 61 in the mid 1950s. Compare this to the current average life expectancy of a person in America being 78.8 years, which is more than four times that of a company. So, why are companies dying out so young these days?

As times have changed, companies have become more strategic in their PR efforts and are moving away from the more rigid business models that were once the norm. It’s no longer relevant to think that a company and its offerings will remain “static” forever. Consider Samsung, who started their venture exporting noodles to China and is now considered the second largest technology company in the world in terms of revenue.

Who knows? Your company might shift from one spectrum of the industry to another. If that’s the case, you may even need to partner with other companies, even your indirect competitors, in the future. Change is a constant in the world of business no matter what industry you are in and sharing knowledge is a valuable new approach to keeping your position in the game.

“Companies no longer see other players in the same industry as prey. Rather, they see them as potential partners with whom they can build relationships and learn from. ”

Knowledge-sharing has become the modern-day definition of healthy competition. Moreover, it highlights one key advantage that many short-sighted companies have failed to see. With these collaborative practices, people develop long-term relationships that will likely be advantageous in the future.

Think: a roundtable discussion where a player in data management describes how his company is struggling with bad data governance. As a company who has excelled in digital transformation technology, or who has already faced and overcome a similar challenge, you share your experience with the group. You have the chance to highlight your strengths and gain new insights for fellow leaders, while the player with the problem gains new perspective and possible solutions.

In the long run, potential B2B partnerships may also present themselves as a result of this trend and solution-based networking. This is just one of a number of examples where shared business knowledge can be used as a powerful tool to gain an upper hand in your field.

Choosing the right approach to sharing

Just like any powerful tool, knowledge-sharing should be used in the right way to be effective. Companies should know why and when they should share industry knowledge with another company or a potential competitor.

Questions like “What type of information should I share and what type should I keep?” and “what do I want to achieve from this sharing session” should be asked when preparing for any executive knowledge-sharing discussion.

Finding the right type of collaborative activities is also just as important when you are ready to share knowledge. In the past, trade fairs and major conferences have been the go-to, but there are newer, more direct and efficient methods. These focus on achieving the right kind of knowledge-sharing, in the right group of people and in a more time-efficient manner.

For business leaders, roundtables are becoming a regular part of their working week. Just as you would attend a departmental or boardroom meeting, roundtable discussions are being added to calendars. These give professionals the opportunity to meet with peers outside of their silos, in other businesses.

The new perspectives and fresh insights gained from these external sessions are then being brought back into the business with actionable insights being used to drive growth and advantage.

If you’re interested in attending a knowledge-sharing roundtable, you can find discussions near you and filter them by industry on The Ortus Club website.  Taking part in an Ortus roundtable is completely free of charge and is by invitation only. If you haven’t been invited but are keen to attend, you can complete the registration form on the event page and we will contact you. 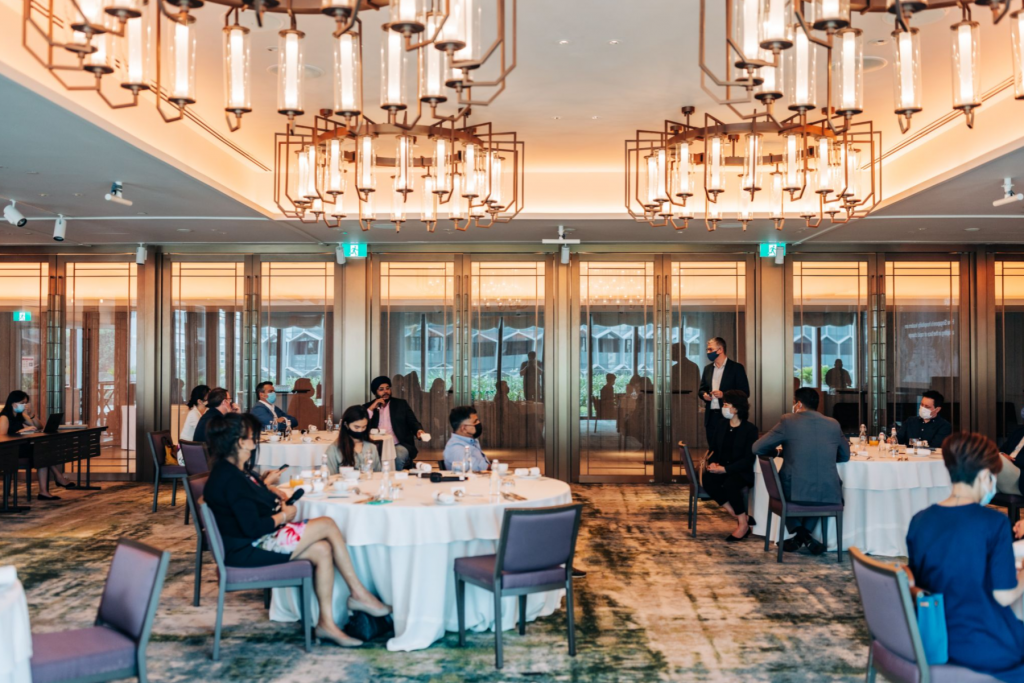 The state of marketing events and their evolution moving forward 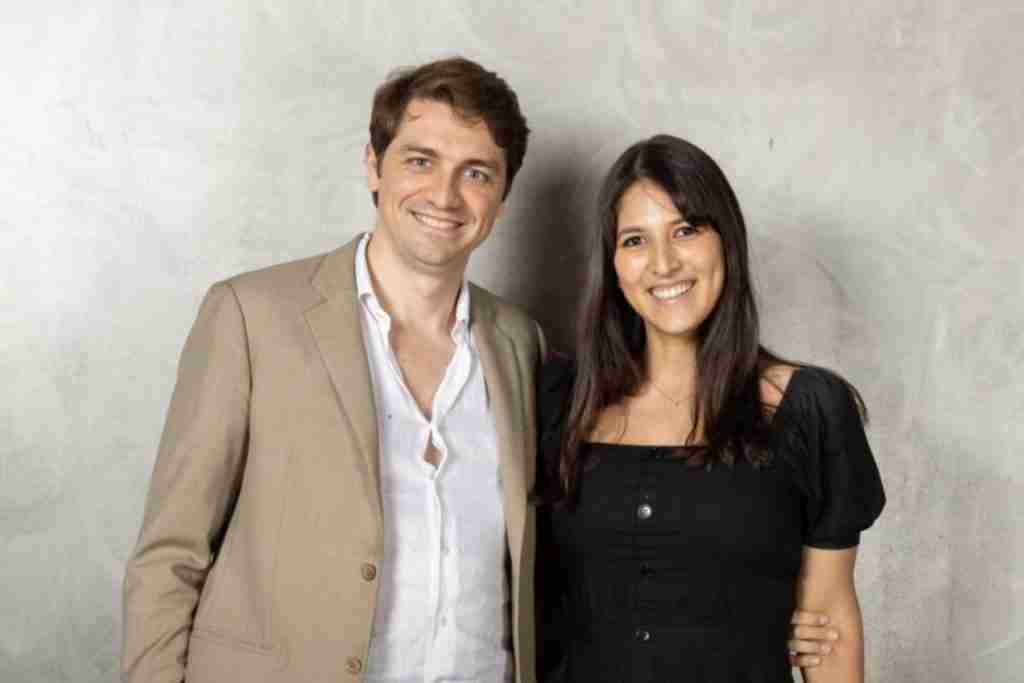 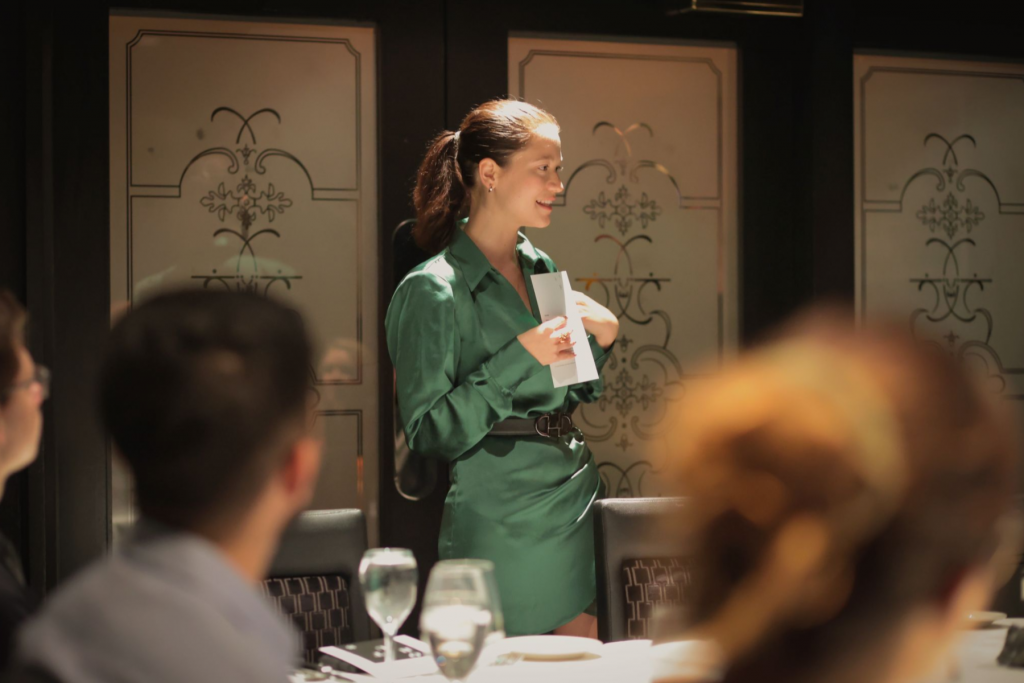 How to moderate a roundtable discussion